The location of the residential complex life marina ibiza, comprising two buildings, unbeatable as it has one of the most magnificent views of the balearic isles: the island of Formentera and the old town of Ibiza. The prime location and the deep imprint which Jean Nouvel has lent to the urban fabrics where he builds suggest that the complex will become one of the most identifiable images of the island of Ibiza.

The exclusive Boas de Ibiza building is situated in the last of the large parcels available on paseo Juan Carlos, 1 (promenade), located right oh the sea front alongside the miramar building and opposite the Ibiza nueva marina. Its orientation has been designed to enjoy the views over the bay of Ibiza and the walled site of Dalt Vila.

The rear of the main building will also be far removed from conventional constructions. It’s decorated by painting in various tones, inspired by the range of colours of the rainbow. A characteristic element of Nouvel’s architecture which can be appreciated in other works of his and which shall serve to get the most out of the natural light of In addition, it shall incorporate elements of vegetation by way of a technique not tried in spain. It is a vegetal wall in which the plants will take root in the building seeking to establish a dialogue between nature and human works. For Nouvel the aim is for the natural to partially dilute the artificial. 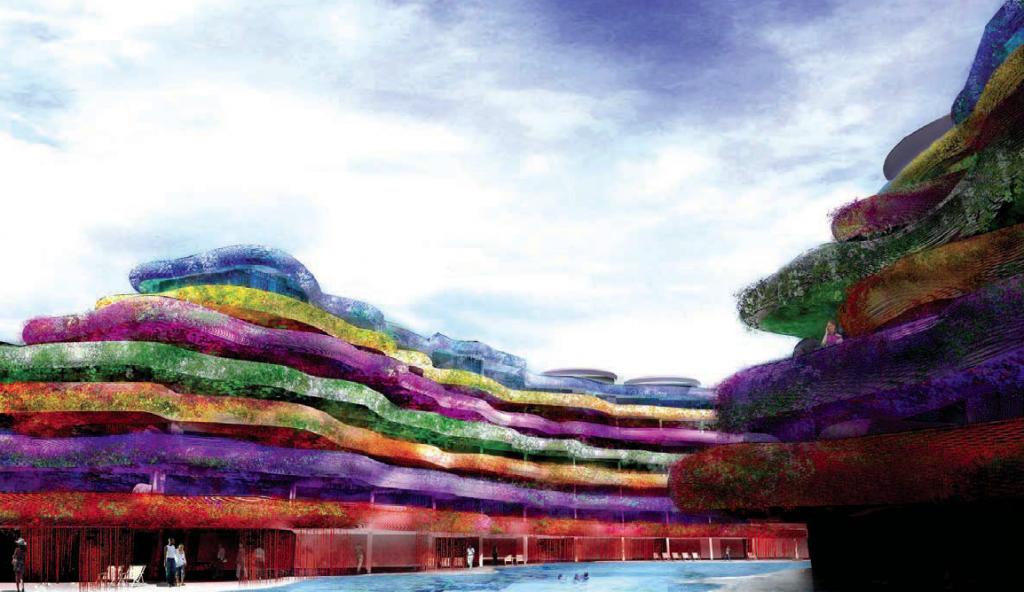 This residential complex has been designed bearing in mind the environment and its unique elements, following the principles whereby this ingenious architect carries out his works. Nouvel wished to incorporate the natural beauty of the Ibiza landscape by means of an interplay with the mediterranean.

In this way both buildings will emerge on a water mirror which shall provide freshness and continuity to the balearic coastline. Furthermore. A waterfall shall dominate the facade of the houses adjoining the promenade, an element which will make it particularly spectacular.

“in this project the water which penetrates the buildings is a vital element as it affords freshness and, concurrently, provides the pleasure of taking a dip” indicates Nouvel. It is a property designed just like a theatre. The stage is the port and the citadel the decor – adds Nouvel -. This structure allows all the apartments to have a direct view over the sea”. 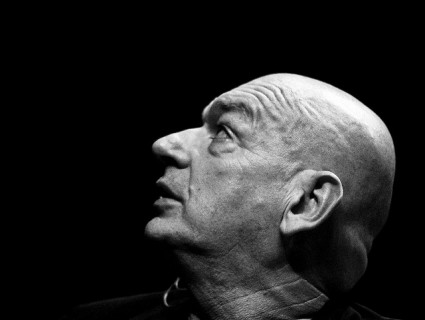 Nouvel was born on 12 August 1945 in Fumel, Lot-et-Garonne, France, the son of Renée and Roger Nouvel who were teachers. His family moved often when his father became the county’s chief school superintendent. His parents encouraged Nouvel to study mathematics and language, but when he was 16 years old he was captivated by art when a teacher taught him drawing. Although he later said he thought that his parents were guiding him to pursue a career in education or engineering, the family reached a compromise that he could study architecture which they thought was less risky than art.